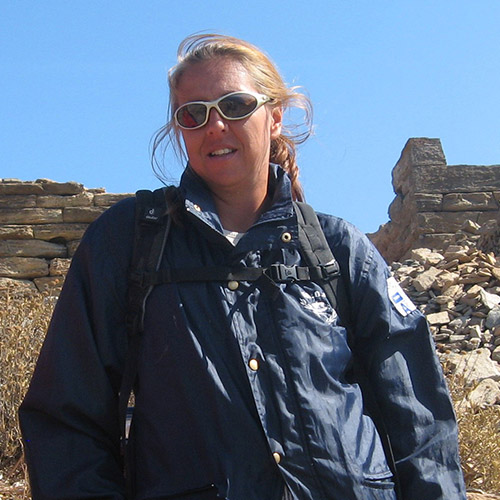 Katerina Filippa is our chief guide. She is a surveyor engineer and surveyed the island's path network, identified cultural elements, and proposed how to sign and clean them. This came with the support of the South Aegean regional authority. Subsequently she co-authored the Kythnos Hiking Guide which adopts her routes and adds descriptions for walkers. Brought up on the island, Katerina is active in the island community. 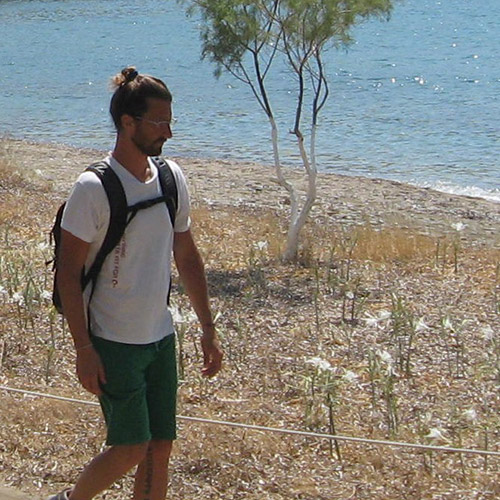 Aggelos Meneidis is another of our local guides with strong family roots on the island, specifically in the capital Hora. In 2018 he was one of our most regular guides with Anglophone walkers. He is a teacher by profession also with a strong interest in nature and farming. Aggelos is also training to become a yoga teacher. 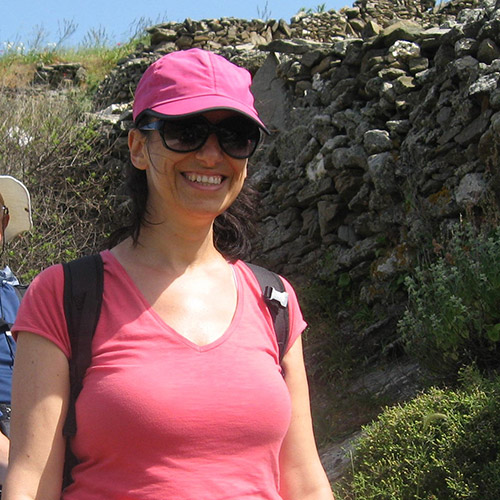 Dimitra Kapsimalli is our specialist guide for Italian walkers. She is Greek but worked for a lengthy period in Italy and is fluent in the language. She has handled guests from Trekking Italia during the last two years. Dimitra also works as a guide for other walking tour operators after switching career from advertising. 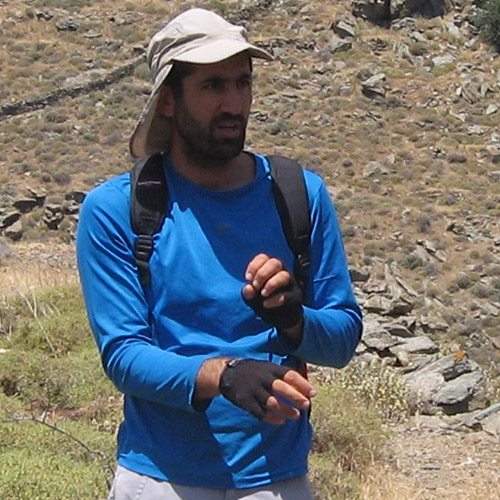 Panagiotis Giako​umis is our specialist German-speaking guide for walkers. He has close family connections with Kythnos and spends much time on the island with his family. "Hiking the paths of Kythnos, getting to know the history and daily local life of the island, fun is secured," he says. A food scientist by profession he also teaches windsurfing. 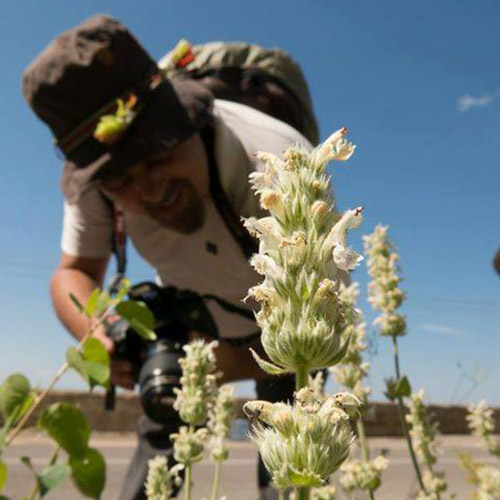 David Koutsogiannopoulos is our nature guide. David is a prolific journalist and author as well as guide for specialist nature tour operators in Greece. He wrote and designed the Kythnos Island A Nature Guide which includes several hundred species of plants, birds, insects, other animals, each with a photo and a sighting calendar. 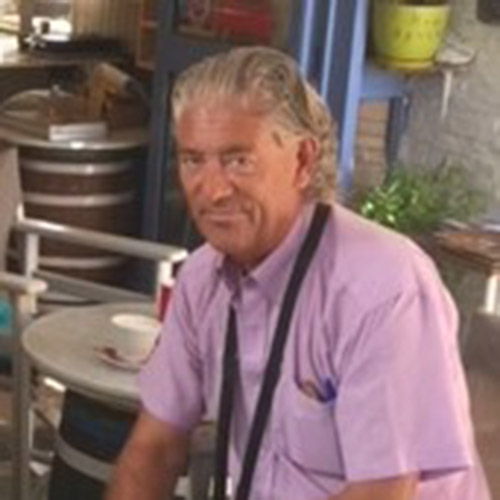 Nigel Tutt is organiser and guide. He is a freelance journalist who has taken up tourist activities, including building a hotel on Kythnos. He is also the co-author of the Kythnos Hiking Guide. He walked all the paths and wrote the words to go with the trails developed by chief guide Katerina Filippa. He lives on the island for much of the year. 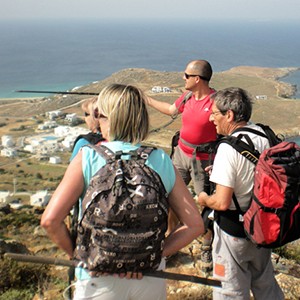 Eric Alcyon, a professional in fine art, is a guide for our French-speaking walkers. Eric was a guide in the National Center of Art and Culture Georges-Pompidou in Paris before coming to Greece to Naxos to set up a monumental sculpture of conceptual art named Marble. He has been a trekking guide for French tour operators on the Greek islands of Naxos, Paros, Amorgos, Santorini, Crete, Kythnos, Rhodes, Symi, Karpathos, and Kythira. 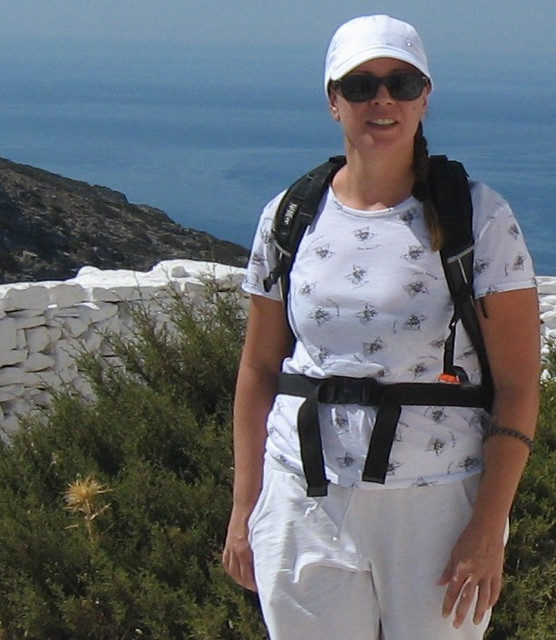 Eirini Katsiki is the latest addition to our guiding team on Kythnos and like our other guides has strong family links to the island. Already Eirini has proved a big hit with our walkers with her calm and authoritative guiding. She also works as an architectural and design consultant. Her other interests include yoga, swimming, and horse riding. 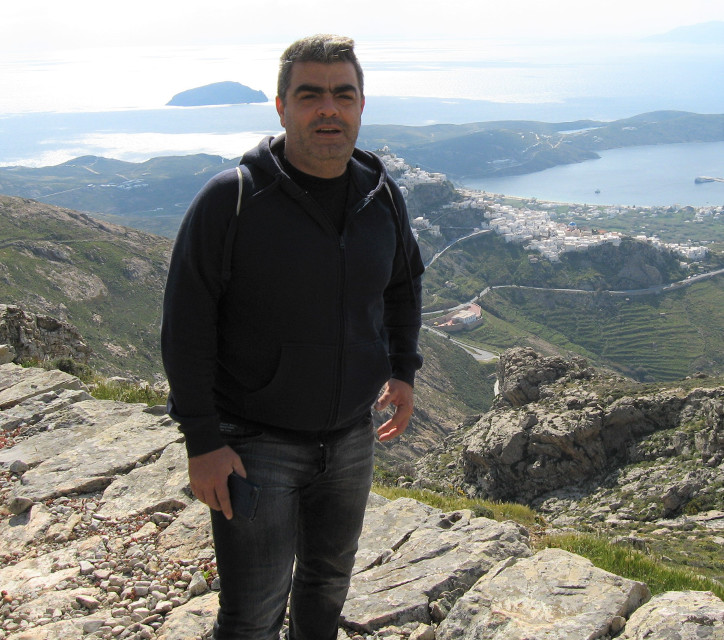 Elias Mitrofanis is our Serifos guide and a passionate hiker. His mother and father come from the island, though he spent some of his school years in Athens, coming every summer to the island. “I like walking. This is life. If you don’t know the place.…” Elias knows the walks on Serifos even the difficult ones. In his professional life he is an accountant. 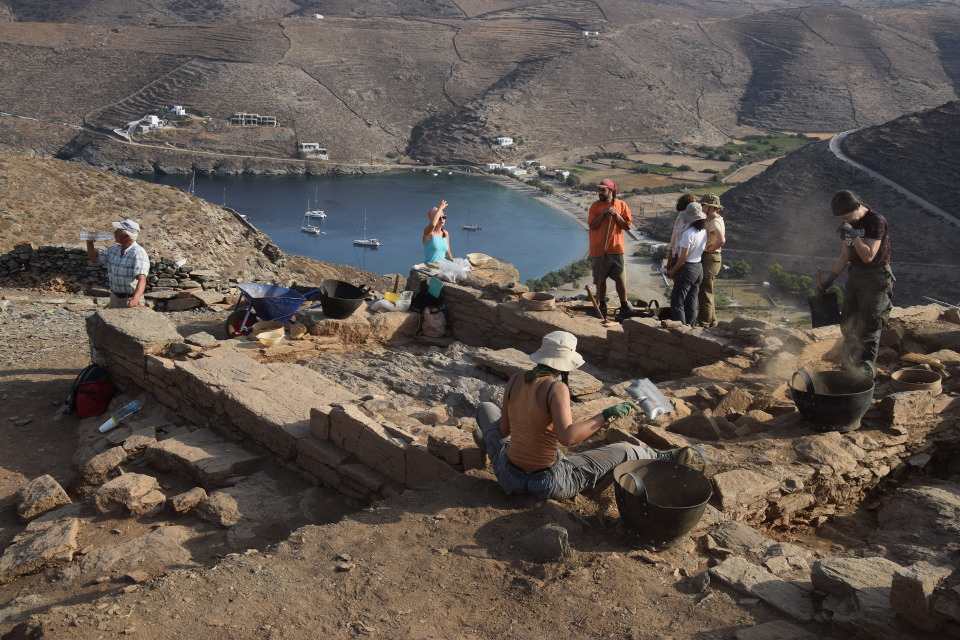 After attending the start of Professor Alexander Mazarakis's summer excavations in July, Kythnos Hiking (www.kythnoshiking.com) plans to return to the Greek island's 2500-year-old ancient city Vryokastro as well as pursuing other autumn highlights such as two new routes, including in the so far unexplored south of the island.

The photograph (above) taken and supplied by Mazarakis shows his team hard at work looking for buildings on the Acropolis area of the city where there was a temple to Demeter, the goddess of agriculture and harvest. Mazarakis and the state have only recently had access to this part of Vryokastro previously owned by farmers.

Mazarakis said his findings this year "exceeded our expectations", though details will only be released "soon" after vetting by the Greek Culture Ministry which sponsors the dig.

The trail around Aghios Dimitrios will start at the beach and go up a trail through the Petrousa area where there is interesting geology and the possibility of heading to a beach. Then the trail goes up to near Aghios Mamas church before crossing the main road and continuing on the Panorama-Maistrali track to the headland.

From the high point we have developed a route down to Alyki beach - small and without trees - before walking around to Aghios Dimitrios beach and a restorative lunch at the Milas restaurant. (Milas is included in our top beach bars because of its proximity to the sea.)

The other new route consists of the path Hora to Aghios Stephanos in a downhill direction. Then around the coast to Naoussa and Kouri before up to Dryopida. The two trails comprising this route are in the Kythnos Hiking Guide.

We have availability for most weeks for our popular 6-day tour up until the last week of October. Then we are open for bookings from April 2022. The website www.kythnoshiking.com has details of trails and an efficient booking system.