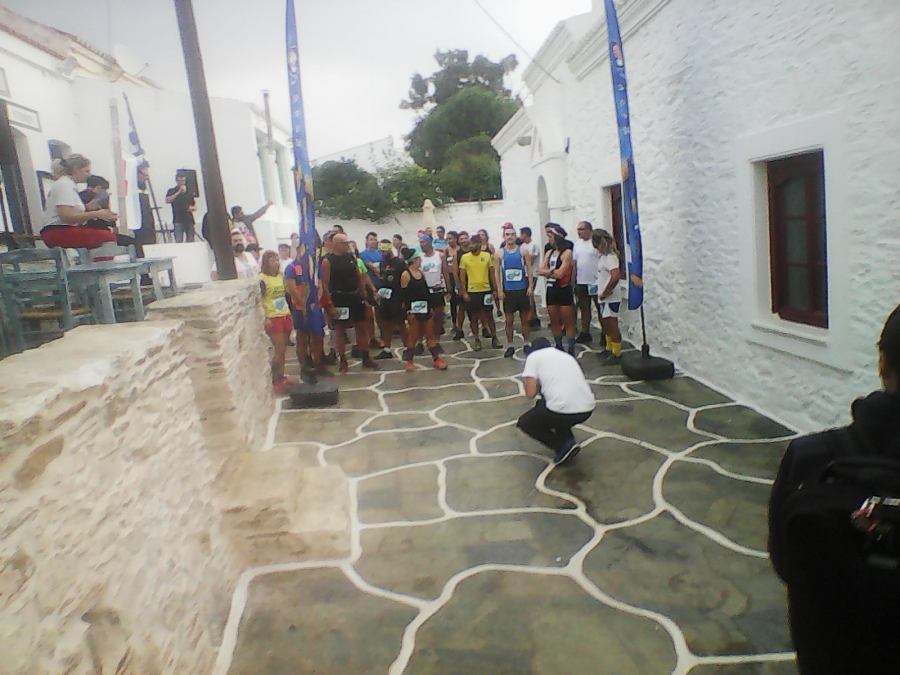 Hiking trails on the Greek island of Kythnos got a boost with the running of the 16 kilometre Cyclades Trail Cup and the prior cleaning and clearing of the route by the municipality.

Around 40 bronzed and fit-looking predominantly Greek runners headed off on the diamond shaped course from the Hora across a tough course with two difficult climbs to undertake.

Using one of the trails for our hiking holidays (www.kythnoshiking.com) the run first descended to Aghios Christos church, Diassela junction, and Episkopi beach via a cleaned mule track.

From the beach came the first uphill section to Petrovouni on another of the trails in Kythnos Hiking Guide (published by Terrain Editions) and written by Kythnos Hiking guides.

At the top of Petrovouni, the path was newly cleaned and a joy to behold, allowing for an easy run around to Dryopida, up the village valley and across to the Galatas part of the village.

At the end of the Galatas lane, the route was down to Naoussa beach on a numbered trail, though unfortunately cleaning had left some foliage on the track, but mostly much clearer.

At Naoussa, the route went inland a little and around to Aghios Stephanos where water and bananas were available.

The tough uphill back to Hora was nicely cleaned and the farmer's gate-way blockages removed. Let's hope it stays that way when the new hiking season starts at the end of next March.

The first runner got back to Hora in about one hour 30 minutes. The walking took around 4 hours.