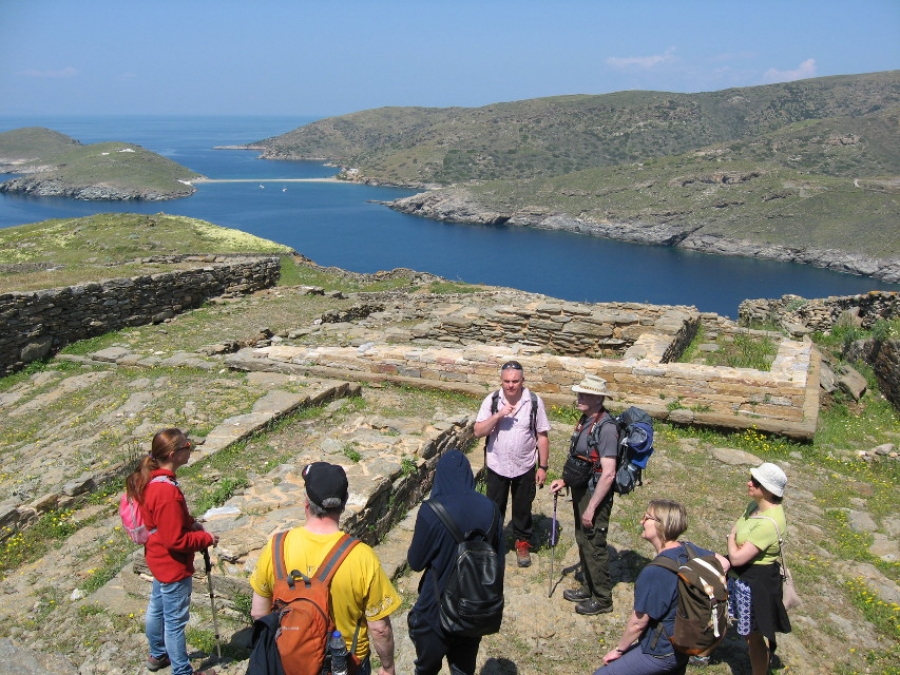 Kythnos Hiking (www.kythnoshiking.com) which operates walking tours on the Greek Cycladic islands of Kythnos and Serifos, expects to restart tours in the summer, though in the absence of clear health protocols it is still too soon to give travellers a precise date.

In the meantime in our efforts to create a virtual tour we have raided our archives to create two new photographic slideshows, the first on the 2500-year-old ancient city called Vryokastro (click here) and a second a selection of our sandy beaches (click here).

"The tourism experience this summer will be slightly different from what you've had in previous years, with more social distancing, maybe no bars and no tight crowds but they [tourists] will get a fantastic experience in Greece," Greek prime minister Kyriakos Mitsotakis told CNN television last week.

Mitostakis's "best-case scenario" aims for an opening for tourist business on 1 July, when island hotels are due to reopen, and is subject to health protocols being agreed "hopefully at an EU level", he said.

Progress on EU travel protocols for own-country travel, flights, ferries and monitoring of arrivals in Greece with various tests remain unclear. Some EU states are not enthusiastic.

French president Emmanuel Macron has been quoted saying that international travel this summer is highly unlikely given restrictions inside the EU. German foreign minister Heiko Maas said the ban on non-essential travel has been extended to at least mid-June.

However Greece is reported to be seeking deals with several countries - such as Australia, New Zealand, Austria, Israel, Czech Republic, Denmark, and Cyprus - on agreed protocols.

Kythnos Hiking will be ready to re-launch walking holidays for domestic and international travellers as soon as possible. But health and safety will always be our over-riding concern as well as our ability to offer entertaining and rewarding tours.

We fully expect to run walking for bookings already received for end-August, September and October.